In 2004 the second of the BBC’s Restoration series featured the former Archbishop’s Palace at Charing in Kent.  This remarkable group of 13th and 14th century buildings had been on Historic England’s Buildings At Risk Register and local residents had been campaigning hard to save an important part of the country’s built heritage for some years.  The plight of the buildings caught the imagination of the nation and the public voted them the most important properties to be rescued in the South East of England.  Sadly, only the national winner was awarded the funds to actually undertake restoration work, so the campaigning continued. 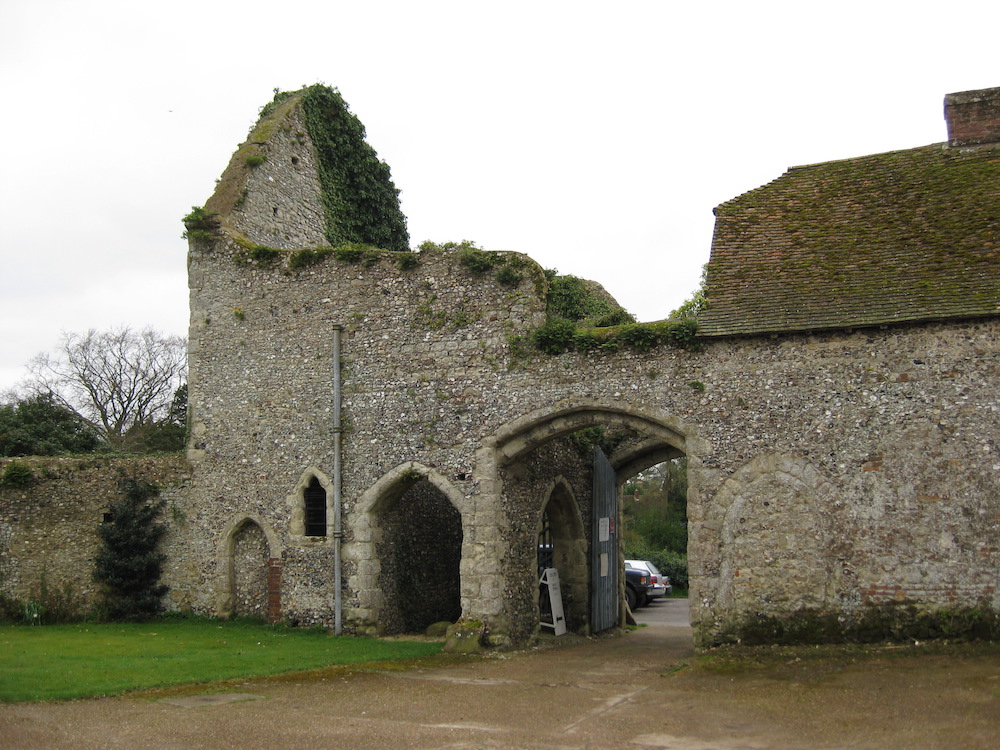 We now fast forward 16 years. An unbelievable amount of hard graft has taken place and the first two of the buildings have been restored. Historic England have announced they can be removed from their Buildings At Risk Register.

Two years after the BBC programme, Jackson-Stops’s Country House office in London was contacted by the Architectural Heritage Fund to give advice to a charity keen to try and restore the buildings.  Despite support from a number of local residents, it became clear that the charity had insufficient experience to pull off this remarkably challenging restoration.  Not only were these Listed Grade I buildings in a Conservation Area, but the site was also designated a Scheduled Ancient Monument.

After many years advising the Spitalfields Historic Buildings Trust, which is based in London but now operates successfully all over the country, Jackson-Stops had no hesitation in suggesting they should take over the restoration.  The Trustees were more than up for the challenge. The sad sight of this beautiful flint façade, crumbling iconic gatehouse and other stricken buildings next to a 15th century church of outstanding quality, and taking into account the key part these buildings played in the street scene of the Market Place in this pretty village were just too compelling. 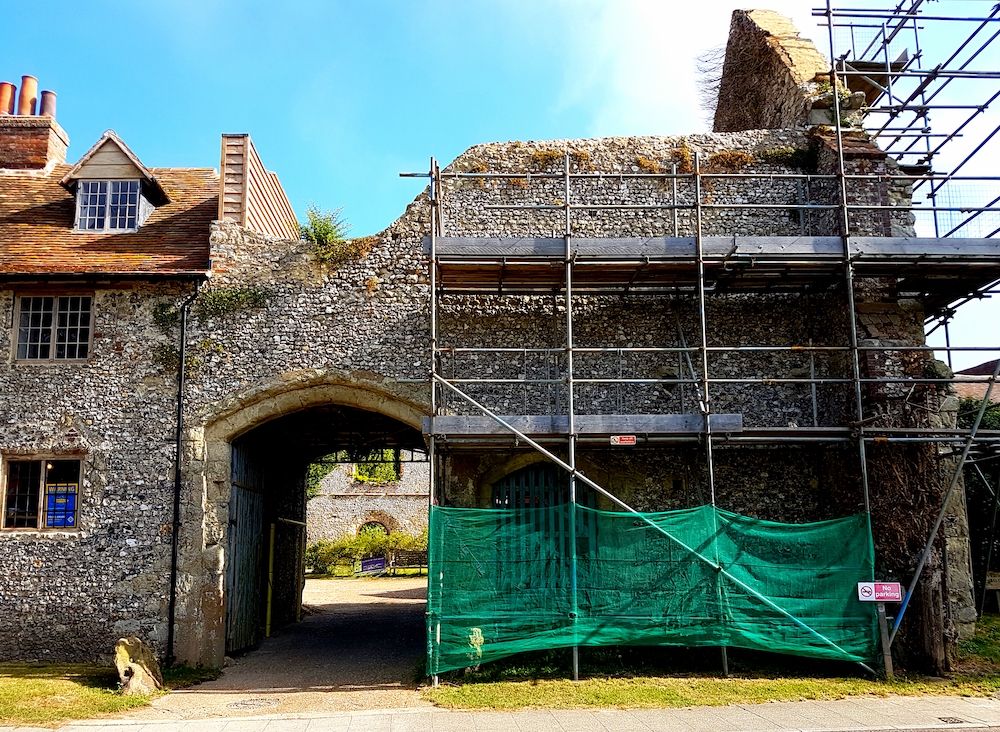 With support from Historic England, a loan from the Architectural Heritage Fund and the use of their own resources, the Spitalfields Historic Buildings Trust have been able to undertake the work without further public funding.  Jackson-Stops had previously advised the Trust on other major restorations including the residential buildings at Sheerness Historic Dockyard, a terrace of Grade I early Georgian houses in the cathedral precinct at Rochester that had actually been mentioned by Dickens, a marvellous 1599 manor house in Monmouthshire that was quite literally on the point of collapse and an astonishing Grade II* house in Kent which had remained unoccupied since World War II but in its infancy had hosted Henry VIII and Anne Boleyn and more latterly the future George V and Queen Mary on their honeymoon.  However, the buildings at Charing were probably the most important and most challenging project yet.  They had been standing when Henry VIII and his court stayed there on route to The Field of The Cloth of Gold and had survived some two centuries of neglect. 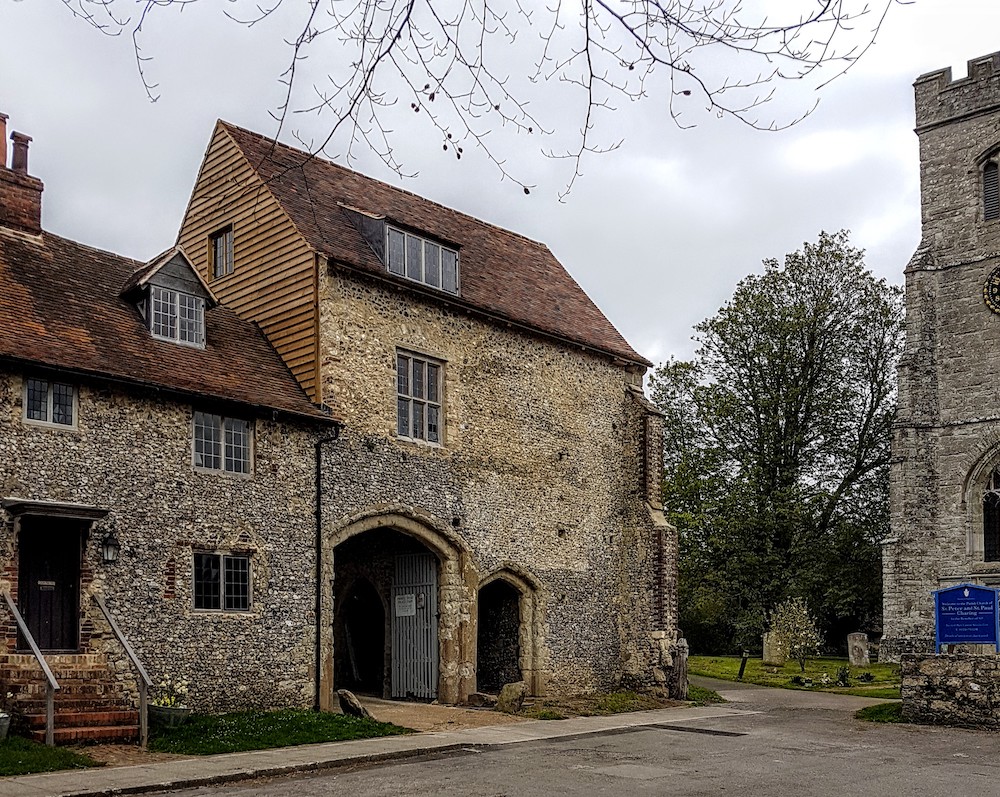 The ivy that had probably acted in place of scaffolding obscured much of the gatehouse and had to be delicately removed by hand so as not to do more damage to the flint walls.  Elsewhere the walls literally had to be weeded by hand and in places completely rebuilt.  With no roof, no floors, no staircase and no doors or windows, the survival of a magnificent fireplace on the first floor was an exciting discovery and helped to convince Historic England that the building deserved to be given back its roof and made habitable once more.

To turn the gatehouse and neighbouring cottage into residential properties fit for the 21st century has been a labour of love and considerable skill.  Both houses have now been sold by Jackson-Stops’s Country House office in London, which has long specialised in the sale of historic buildings. 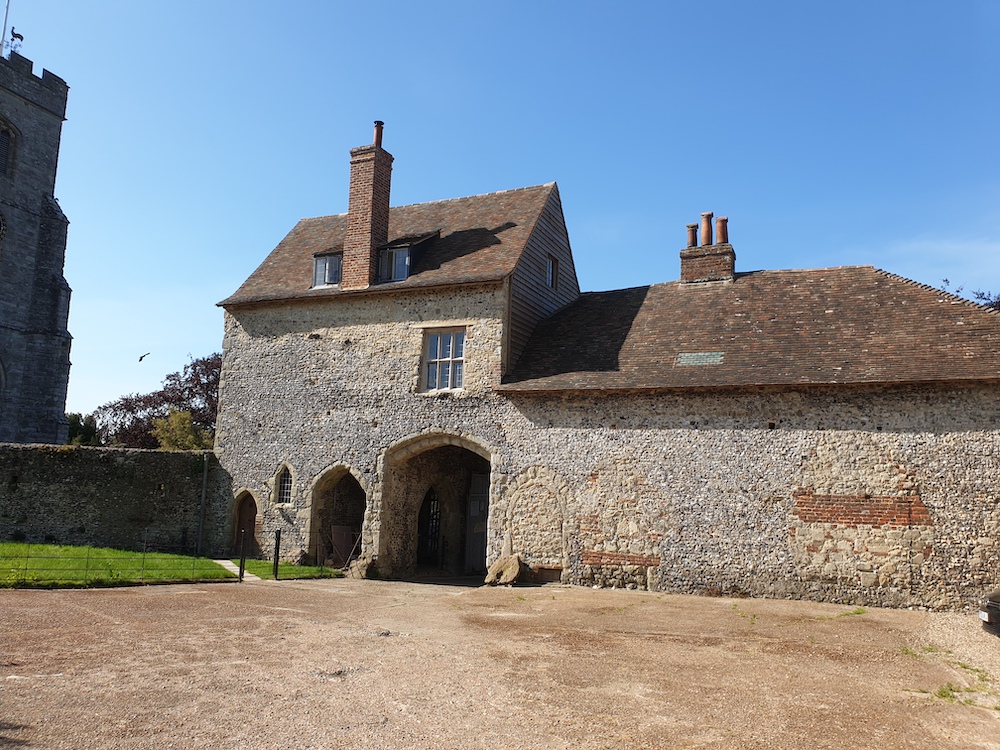 To see people living in and enjoying these houses is a proud moment for the Spitalfields Historic Buildings Trust and goes right to the heart of what they do countrywide. There is still a lot more work to be done at Charing, however.  It is a huge site, formerly a staging post for Archbishops of Canterbury on their way from Canterbury to London.  All the other major buildings remaining on the site are still on the At-Risk Register.  The Great Hall, in particular, is of vast importance and Historic England are minded to Grant Aid the repair of the end wall which was supposed to be supported by scaffolding when the Trust arrived on site but was in fact supporting the scaffolding and about to collapse.  Spurred on by the local residents, the Trustees are planning the next stage of the restoration project;  Historic England are currently assisting with a feasibility study, and the incredibly small but highly skilled team of dedicated craftsmen who work for the Trust are seemingly unfazed by the challenges they will face. Their lasting legacy is awesome.