The secret of success, a home office with its own front door

One of the many lessons to have been learnt over the past few months is the benefit of have office space at the bottom of the garden with its own front door.  Open plan living can be fantastic and bring a family together, but when that involves bringing different generations with different interests into close proximity at the same time over a prolonged period life can become challenging.

One of the great advantages of many historic and listed buildings both large and small is the propensity for them to come with ancillary space, generally in the form of outbuildings which may no longer be suitable for their original use.  Up until the end of the 19th century it would be expected that most country houses would have a coach house in the same way as one would expect to find a garage in the 20th century.  As carriages were generally considerably narrower than a present-day family car or SUV, many coach houses have become glorified garden sheds or storerooms.  However, they make ideal office space; frequently split into two sections, one for the carriage and one for the horse, they can be repurposed as office with separate utility area and cloakroom making it completely self-sufficient.  What’s more, there is frequently a pedestrian door from the garden in addition to carriage doors onto a rear entrance, giving a completely separate entrance to a business or office without going through the main residence.

As it looks as though an increasing number of people will be working from home, at least part if not all of the time in the foreseeable future, finding a period property with a coach house or similar outbuilding may well be the secret not only to a harmonious life at home but a successful career.  Planning permission my be required for a change of use.  If the house is a listed building the coach house would normally be considered to be within the curtilage of the house, even if it is not actually included in the listing description, so listed building consent may be needed for alterations.  However, these formalities are likely to be a small price to pay for the time saved commuting and the peace of working in your own office – it might even get you out of home schooling should we find ourselves in lockdown again. 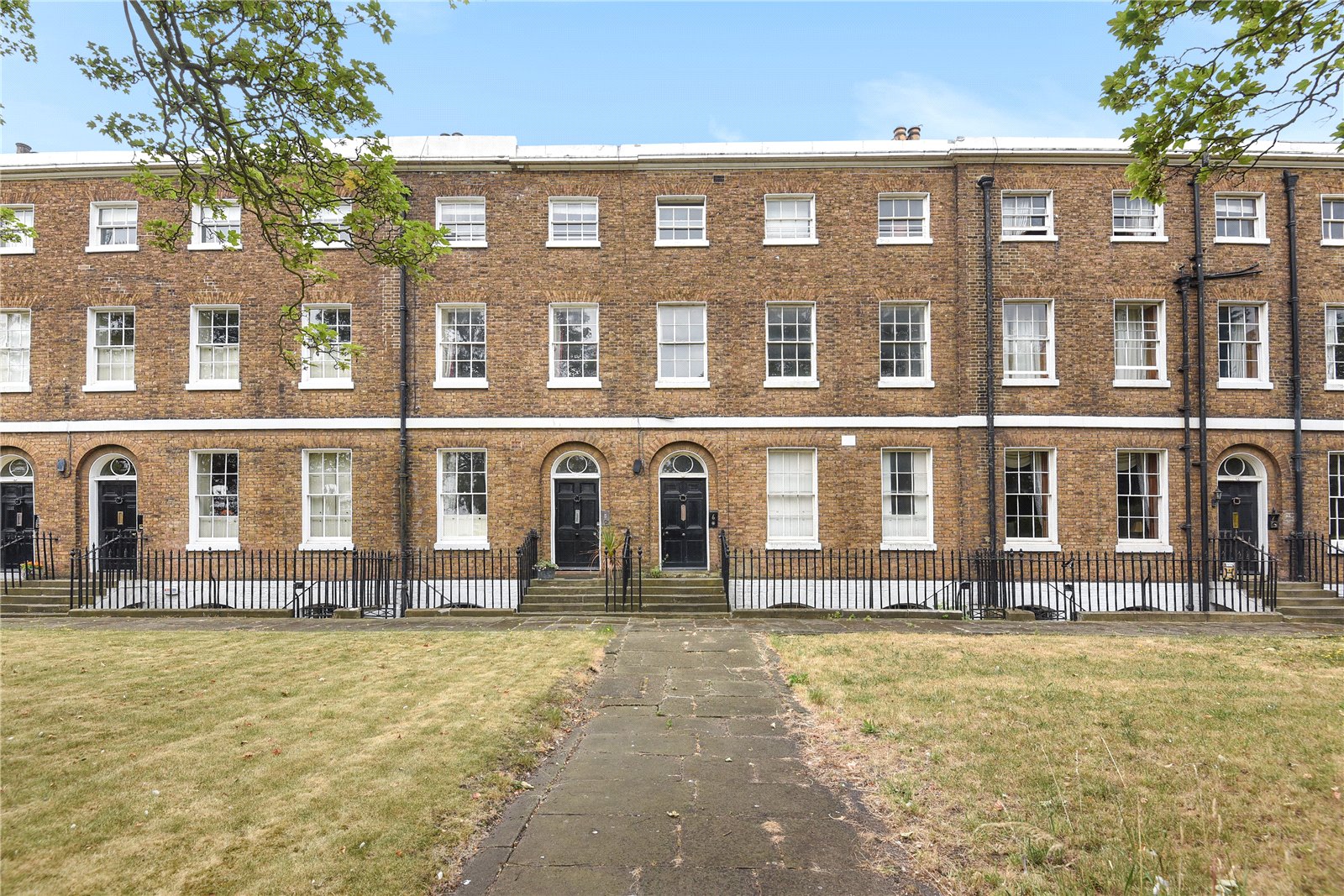 5 Naval Terrace in the Historic Dockyard at Sheerness, Kent, is a perfect example.  This classic Grade II* early 19th century terrace house has four bedrooms, three reception rooms a large family kitchen/breakfast room and already has planning consent for the change of use for its coach house to residential purposes. The smart black door to the coach house is just far enough away from the house to make the mental transition from home to work.  The interior is already split into two sections and there are large carriage doors making it easy to bring in larger items via a rear entrance rather than through the house.  The property is currently on the market with a guide of offers in excess of £600,000.  For more information contact Jackson-Stops on 020 7664 6646 or email london@jackson-stops.co.uk.