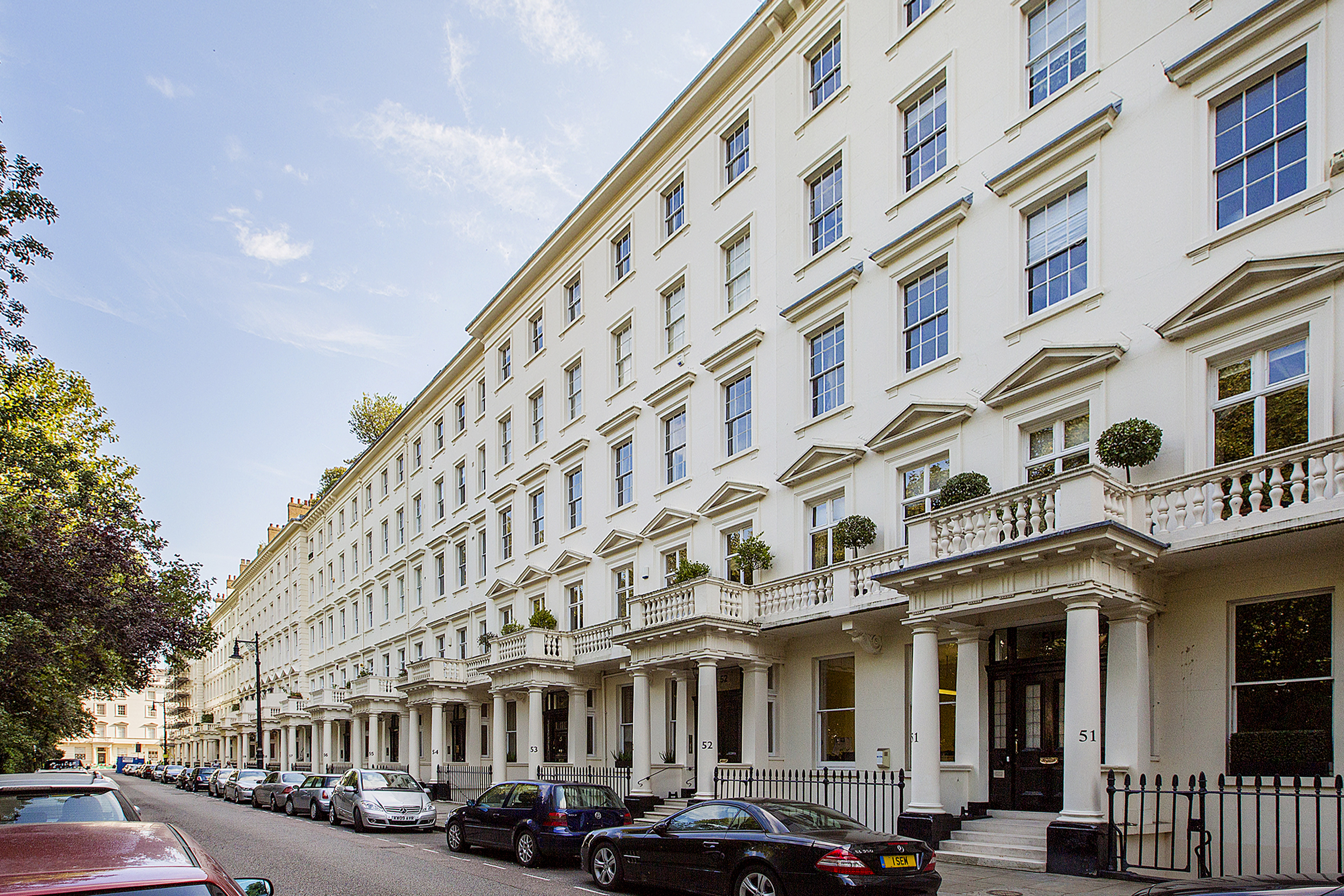 The elegant period houses that are such an iconic part Belgravia and Pimlico came about as a result of three key factors.  Firstly, the Grosvenor Estate which was instrumental in releasing the land for development at the end of the 18th and first half of the 19th centuries.  The work of the master building and architect Thomas Cubitt and the passing of the 1774 Building Act.

The Grosvenor Estate, as the freeholder or ground landlord, was able to dictate the quality of houses that were to be built and whether they should be suitable for the nobility, professional classes or merchants, etc.  Thomas Cubitt became the most prolific builder working in conjunction with the Grosvenor Estate.  For the most part his work in Belgravia and Pimlico was speculative and very few of the houses where private commissions.  The 1774 Building Act saw the appointment of Statutory Surveyors who were able to enforce certain standards of construction with particular attention being paid to stopping any fire that might break out from spreading.

The great London Estates normally granted a building licence or licences to a builder and make an annual charge according to the location and the length of the frontage or each plot.  A house fronting Belgrave Square cost approximately £1 per foot whilst a plot in a neighbouring street, which was not quite so exclusive, cost 15s. (£0.75).  The more desirable plots in partly developed locations, such as Berkeley Square, could cost as much as five guineas (£5.25) per foot.  The cost per foot was then multiplied by the total square footage of the footprint of the dwelling to set the amount of “rate” paid to the freehold.

Houses were classified according to the rate payable and the extent of the footprint; the very best houses becoming known as “first rate”.  These had a rate of over £850 and covered at least 900 sq.ft.

This simple but effective formula not only dictated the type of house to be constructed but the social status of the area.  It governed the materials to be used, the foundations (probably quite important as many of these houses were built of marsh land that had been reclaimed), the thickness of the walls and even the quality of the pavement.

Thomas Cubitt worked closely with the Grosvenor Estate’s surveyors, adhering to the overall development plan for Belgravia and Pimlico and the detailed layout of the garden squares, terraces and streets.  Initially he was granted a building licence, normally for several plots at a time, and once each building had reached a certain stage the Estate would then grant him a lease which Cubitt could in turn sell to the end occupier.  In most instances the main structure would be built leaving the lessee to complete the interior. This resulted in the uniform facades we see today but the architectural details of each interior varied significantly with different staircases, decorative plasterwork and fireplaces.

The 1774 Building Act went a considerable way to improving the general standard of construction and was, in many respects, the start of modern-day building regulations.  One of the main aims was to reduce the risk of fire spreading from one building to another.  However, at the time it was unpopular Act and critics claimed it made houses bland and uniform.   Today Cubitt’s stucco fronted houses are an important and very identifiable part of London’s built heritage.

Ironically many of the large first rate period houses have now been converted into apartments or used as foreign embassies as they are considered too large for most families.  On the other hand, the smaller third and fourth rate houses have stood the test of time and are amongst some of London’s most popular residences.  These buildings are a remarkable insight into great endeavours and the coordinated planning of one of Britain’s greatest master builders, Thomas Cubitt.

Jackson-Stops guidelines for clients and viewers