Going back to our roots

The sale of The Bilsdale Estate in Yorkshire by Jackson-Stops in 1944 is a real piece of our history and demonstrates our pedigree in selling fine properties in Yorkshire and beyond.

Jackson-Stops was founded in 1910 in Towcester, England and began life as livestock auctioners. After great success, including the sale of Stowe House - regarded by Country Life as one of the two great sales of the 20th century - Jackson-Stops began expanding to all areas of England, including the opening of branches in Leeds, Dublin and Cirencester in the 1930s. It was from these offices in Leeds that the sale of the Bilsdale Estate was conducted.

The sale of the Bilsdale Estate 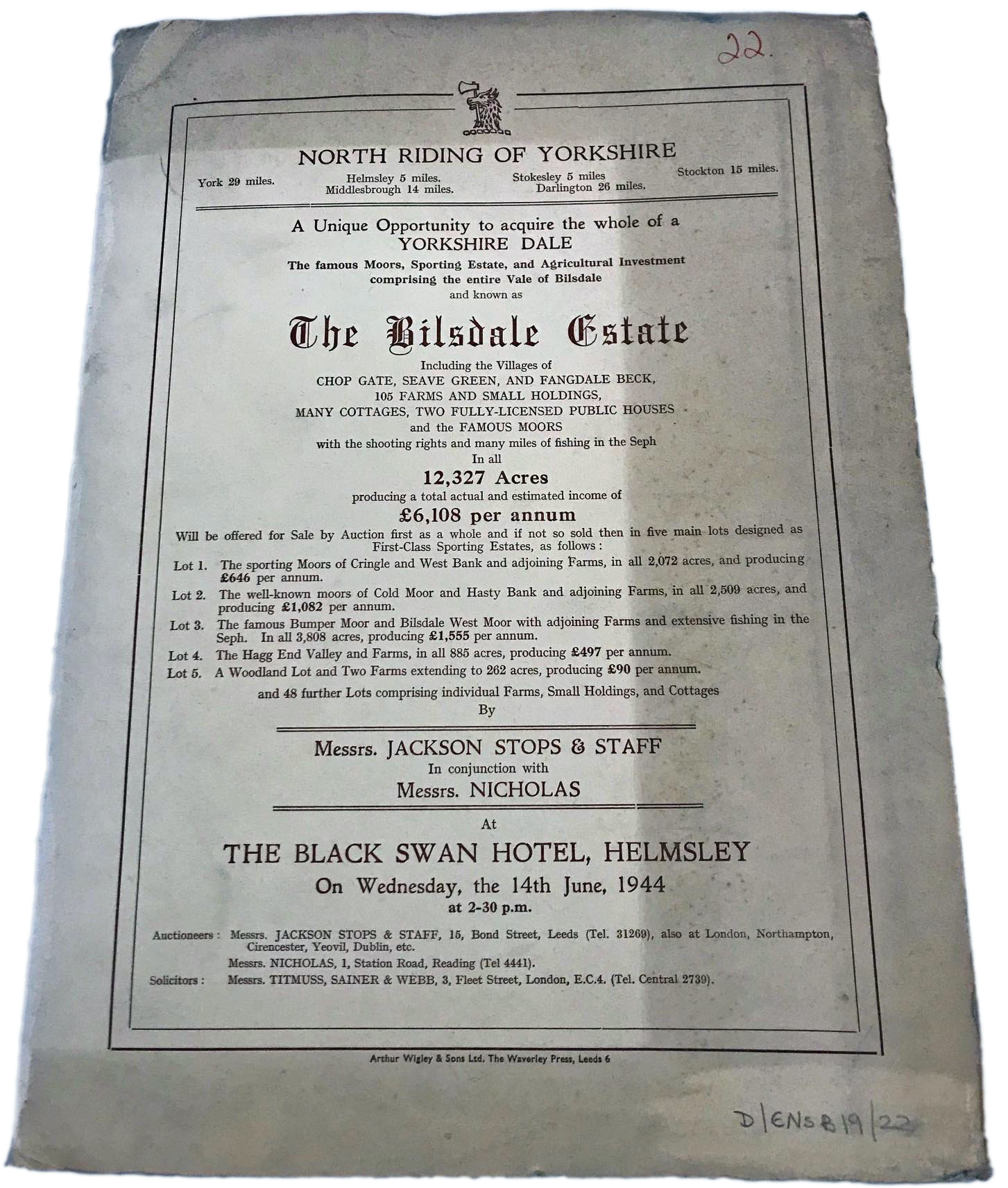 Located in the glorious Yorkshire Dales, the Bilsdale Estate is set to the west, divided by the civil parishes of Bilsdale Midcable and Hawnby and the districts of Hambleton and Ryedale. Its rolling hills and breathtaking scenery have long been a magnet for nature lovers.

In 1944, the time of the sale of the estate, it was home to the villages of Chop Gate, Seave Green and Fangdale Beck, as well as over 100 farms and small holdings, many cottages and two fully licensed public houses.

The sale, expertly managed by Mssrs Jackson-Stops, included part of the moors with shooting rights and many miles of fishing in the River Seph.

According to this historic document, the sale included 12,327 acres that in 1944 produced an estimated annual income of £6,108.

The estate was offered for sale as a whole lot initally, with separate lots offered if no whole sale took place: 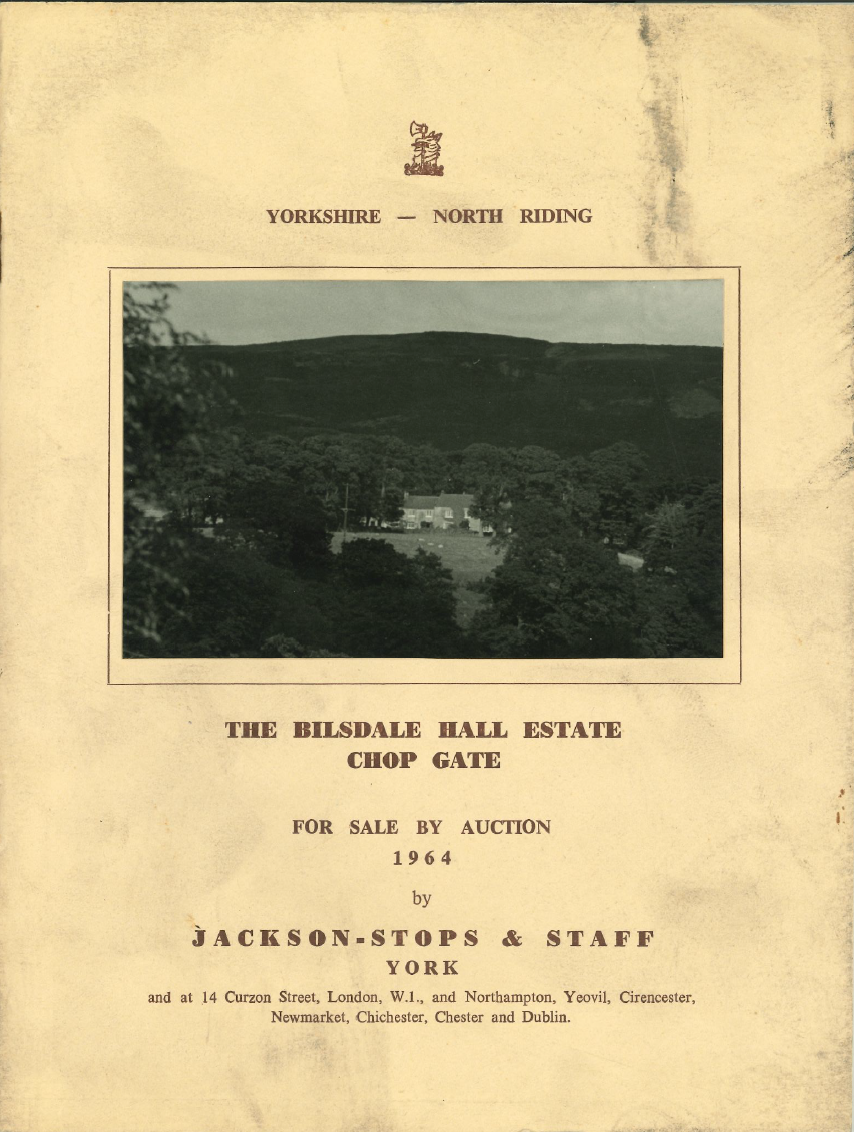 - Lot 4. The Hagg End Valley and Farms, in all 885 acres, producing £497 per annum
- Lot 5. A Woodland Lot and Two Farms extending to 262 acres, producing £90 per annum
As well as a further 48 Lots comprising individual farms, small holdings and cottages

Jackson-Stops went on to sell part of the Bilsdale Hall Estate again in 1964 and also Bilsdale Priory in 2018.

Specialists in the sale of residential property, from city centre apartments to country estates, Jackson-Stops York continues to honour the great traditions of Herbert Jackson-Stops - founder of the organisation - through the successful sale of some of the county's most beautiful and historic homes. It works closely with its near neighbours and the entire network of Jackson-Stops branches, offering wide converage for all of its properties for sale.

To find out how the team at Jackson-Stops York can help you to successfully sell your home - whether a most mews or an expansive estate - please do get in touch.

View all of our properties for sale