Just a few miles east of Rochester on a promontory over-looking the Thames Estuary and the RSPB nature reserve lies Alleyns Hill Farm, an important Grade II farmhouse dating from the 15th century. It is situated on the outskirts of the village of Cliffe, once an important port and where, it is believed, Stephen Langton, then Archbishop of Canterbury, drew up arguably this country’s most important legal document, The Magna Carta. 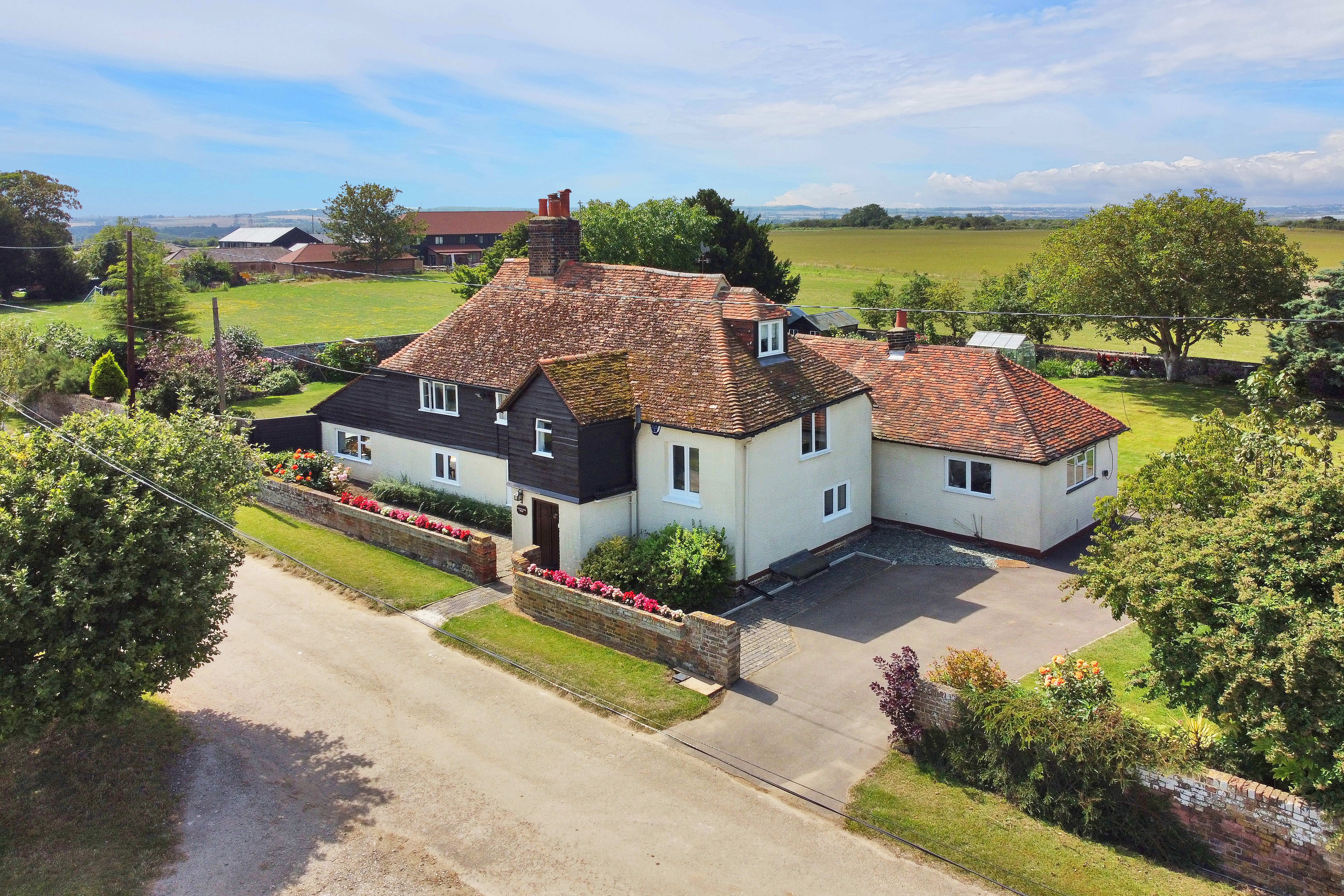 Alleyns Hill Farm is an exceptionally rare example of a 15th century Aisle House or Aisle Hall. This form of timber framed building, influenced by the great early stone cathedrals, existed in Britain before Saxon times. Unlike the more familiar cruck barn construction an aisle hall allowed the accommodation to be sub-divided. Initially animals would have been stalled in one of the aisles and the rest of the accommodation used for domestic purposes. There would have been doors at either end of the hall to provide a draught for the central fireplace, but gradually short partitions were added to prevent the fire blowing out and eventually the height of the partitions increased and the animals moved out to provided better living conditions.

Aisle halls are more commonly found in Essex and Alleyns Hill Farm is believed to be one of the few examples to have survived in Kent. Although the house has been altered and extended over the centuries it plays an important part in the country’s built heritage and the history of English domestic architecture.

There are remarkably few houses that survive from the 15th century apart from castles, palaces, and a few manor houses. This is partly due to the fact that until the end of the Wars of the Roses and Henry VII’s accession to the throne the country had been at war for 30 years. The following period of peace and increased prosperity, resulted in not just the monarch and nobility building houses but also the yeomen. Better quality of materials, although for all but the most wealth this would still have been timber, and improved construction has seen houses from this period survive. 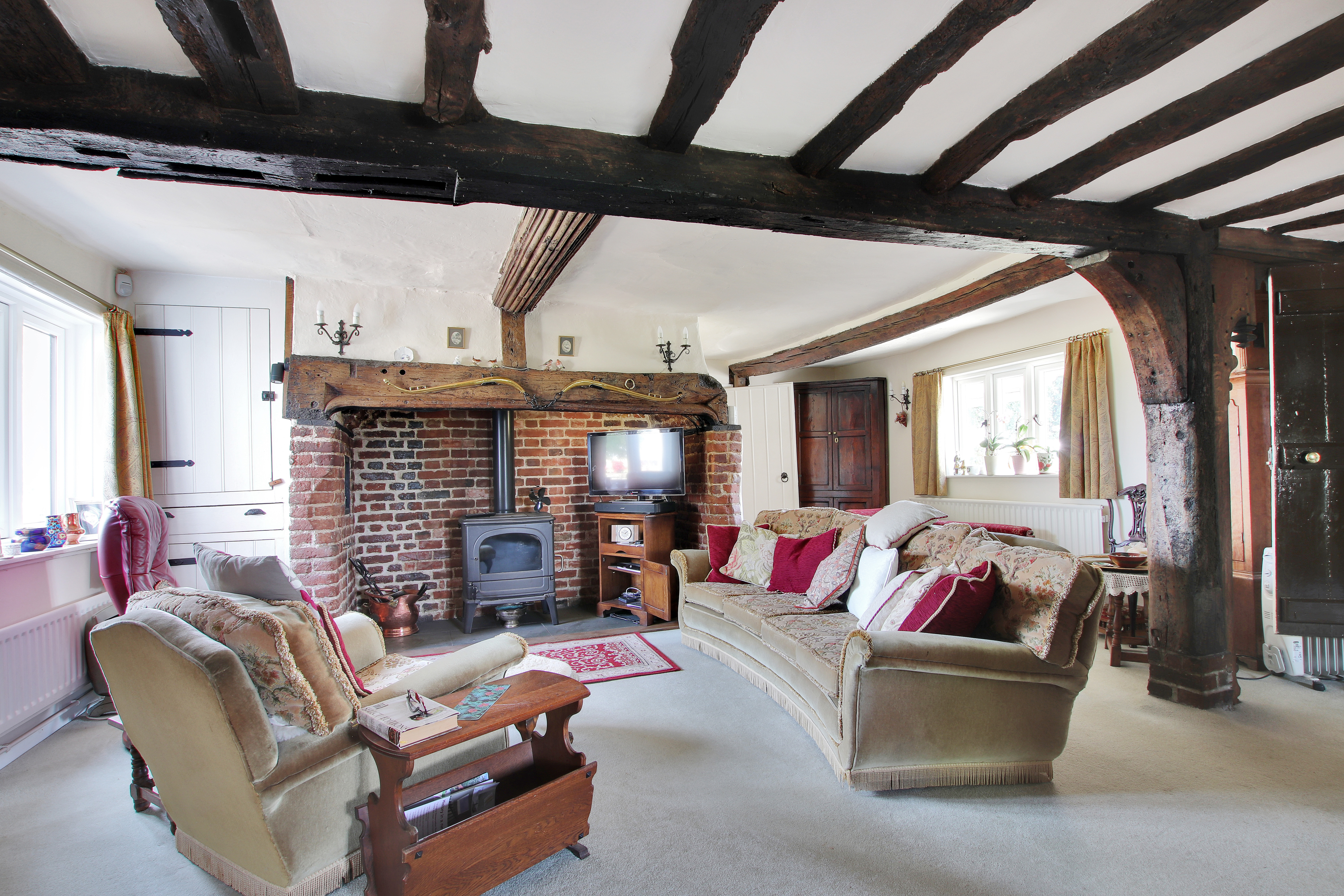 The internal layout evolved from a single ground floor dwelling with a central fireplace and smoke filled roof space to gradually having first floors added as the central fire gave way to a hearth and chimney at one end of the hall. Livestock was moved out, a service wing created for cooking and servants’ quarters separated from the rest of the household.

Many of the early Medieval houses were originally quite dark as they would have had solid wooden shuttered windows and no glass. By Tudor times glass became more available although crown glass continued to be an expensive commodity right up until the introduction of plate glass, first made in the 17th century, became more available.

Alleyns Hill Farm is a wonderful example of how domestic architecture has evolved over the centuries. The two staircases show how progressively the upper floors came into use, the timber framing in the main ground floor reception room gives a clear indication of how the accommodation would have been sub-divided centuries ago, whilst the later additions illustrate how demand for more space has allowed the house to grow and move with the times. In England we are fortunate much of our domestic architecture has been allowed to gradually evolve and in doing so enriched our heritage.

Alleyns Hill Farm has two/three reception rooms a conservatory, a spacious kitchen/breakfast room, ground floor bathroom, three first floor bedrooms, a dressing room/bedroom 4 and two shower rooms. On the top floor there is a playroom/study/bedroom 5 which has commanding views over the nature reserve and Thames estuary. The house stands in just under half an acre of garden and is surrounded by farmland. The property is currently on the market with an asking price of £925,000.