First time on the open market for some 350 years 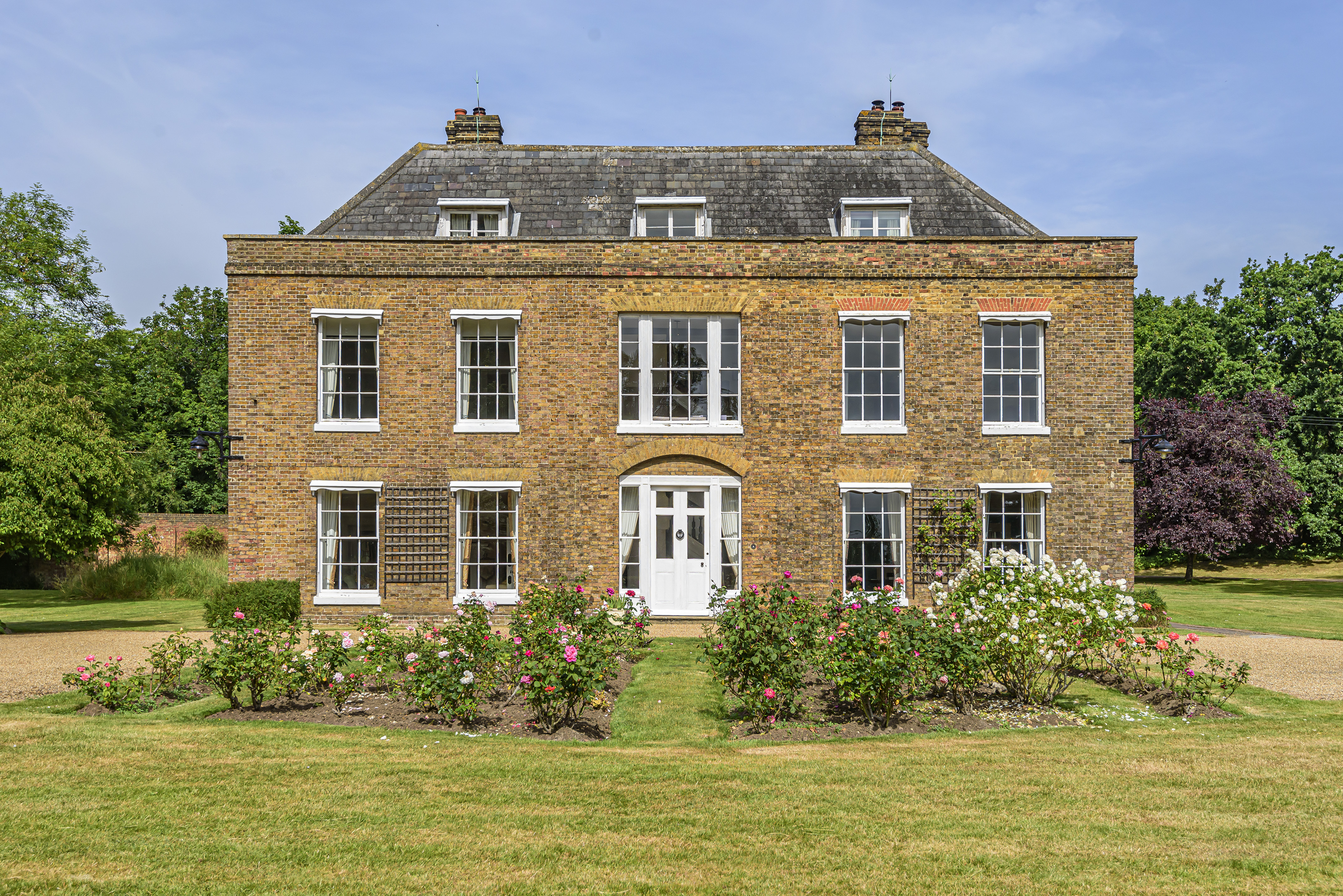 Upnor Castle House is one of Kent’s hidden gems. Situated approximately two miles from Rochester, this beautiful English country house, with classic Georgian façade, probably dates from the mid 17th century. Never before in over 350 years has it been offered on the open market.

The house was built by the Admiralty to provide accommodation for the senior officer in charge of Upnor Castle and over the centuries has witnessed its fair share of events. During the Civil War Upnor Castle and its associated buildings fell into Parliamentary hands, only to be taken by the Royalists in 1648 and retaken by the Parliamentarians following the batter of Maidstone in June 1648. By then the buildings were in poor condition and Admiral Howard ordered the defences at Upnor to be upgraded and the work overseen by Sir John Leveson.

The earliest building at Upnor Castle House was though to have been a small two storey dwelling but the improvements in the mid-seventeenth century probably included the first phase of the present house. Although the exact date is not known a small silk and leather shoe, which was found during the course of restoration work, has been dated to between 1660 and 1680. Hiding a shoe in a wall or loft space was a custom which was though to keep away evil spirits and bring good luck.

In 1667 Upnor was to call to defend England from invasion. The Dutch had successfully taken Sheerness at the mouth of the Medway and sailed on up the river to attack Chatham, an important naval base. A number of warships were sunk, and others towed away. John Evelyn described it as a “dreadful state” despite the efforts of those manning the guns at Upnor and it was to go down in history as the worst naval defeat suffered by the English. According to Samuel Pepys, the offers and men were poorly provisioned, but nonetheless they fought until hardly a gun was left on its carriage and more firepower had been brought round from Chatham. After such a defeat it was decided Upnor was better placed as a munitions store where it could rapidly supply English warships rather than them sailing up the River Thames to Woolwich. By 1691 it was England’s main magazine store, holding considerably more munitions than the Tower of London. 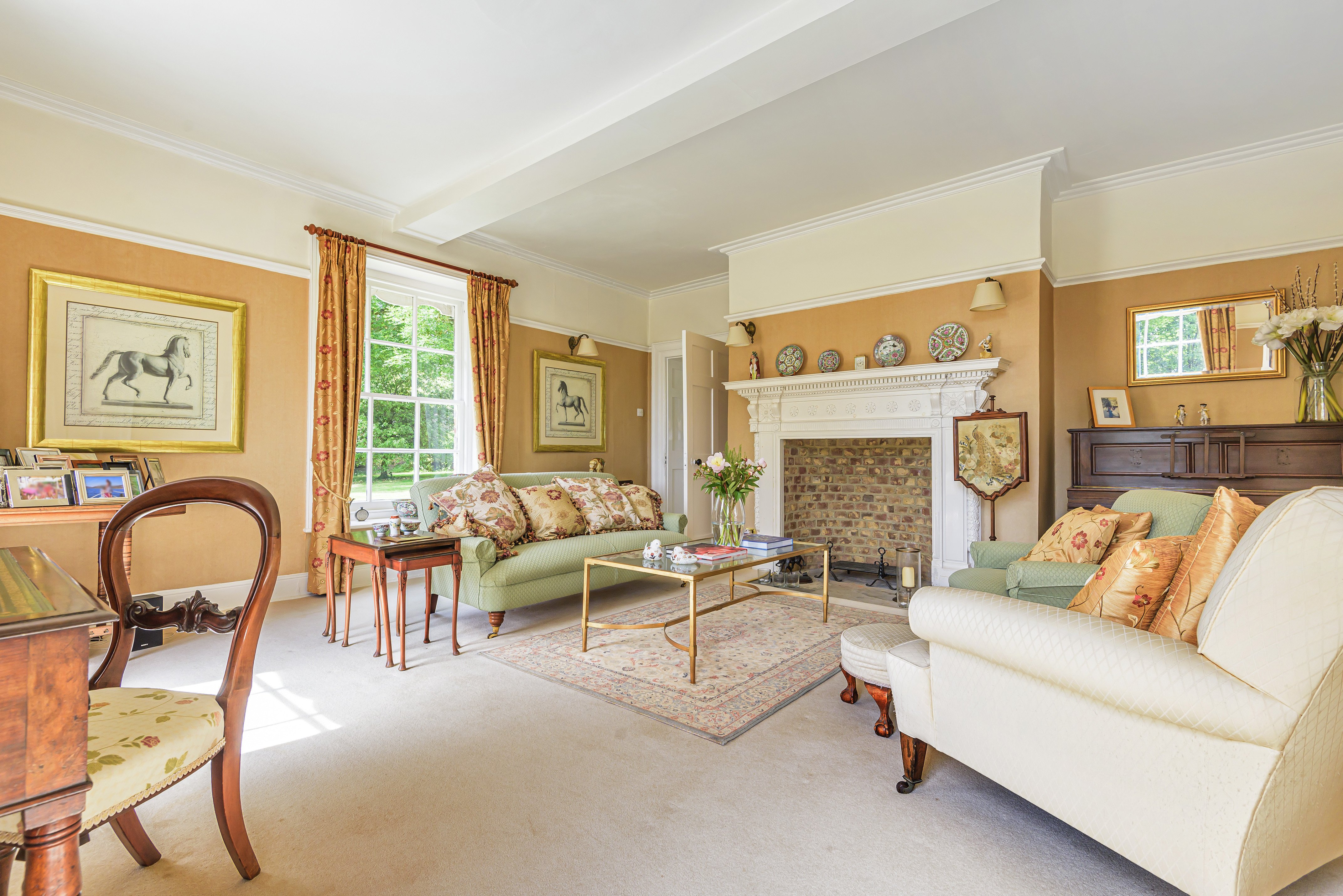 In 1807 the Admiralty once again decided to upgrade England’s defences and it is believed it was at this point Upnor Castle House was enlarged and re-fronted. The likely architect was Edward Holl, architect to the Navy Board. This gave Upnor Castle House the very elegant Georgian façade overlooking the gardens which run down to the Castle grounds. The spacious reception rooms and principal bedrooms on the first floor clearly signify this was a house of some importance.

During the Second World War Upnor was to see action once more. In June 1941 two German bombs fell in the grounds of Upnor Castle House. The house survived with only minor damage, but small pieces of shrapnel can still be found buried in the door frame and shutter of the first floor guest bedroom. After the War the Castle was decommissioned and is now owned by English Heritage. Upnor Castle House was ultimately handed over to the Royal Engineers and in the mid 1980’s the MOD offered the house for sale to any senior officer who might be interested. It was acquired by the current owners’ family and has been in their ownership ever since.

Upnor Castle House has 4 reception rooms, a master bedroom suite, 5/6 further bedrooms, 3 bathrooms, a large kitchen/breakfast room, a 2 bedrooms holiday cottage, a further two storey cottage for restoration, and a potential building plot. It stands in a little over 4 acres of beautiful mature grounds which include a lawn tennis court, croquet lawn and outdoor heated swimming pool. Offers in excess of £2,250,000.

FOR THE BRIDPORT & DORCHESTER OFFICE

""The team at Jackson-Stops, Lindfield have been incredible, and I cannot recommend them highly enough. I was impressed by the exceptional service which made the whole process of selling my home remarkably easy. Their professional and friendly manner ensured that I felt well-informed and well looked after throughout and I cannot thank Alice, Toby and Guy enough.” Emma C

For the Mid Sussex Office

"The service provided by Anthony and the team at Jackson-Stops Woburn was exceptional. Not only did they achieve full asking price for my sale, but more importantly they were completely transparent with the information and maintained excellent prompt communication which is the most important quality when dealing with any sale.” KB

FOR THE WOBURN OFFICE

FOR THE REIGATE OFFICE