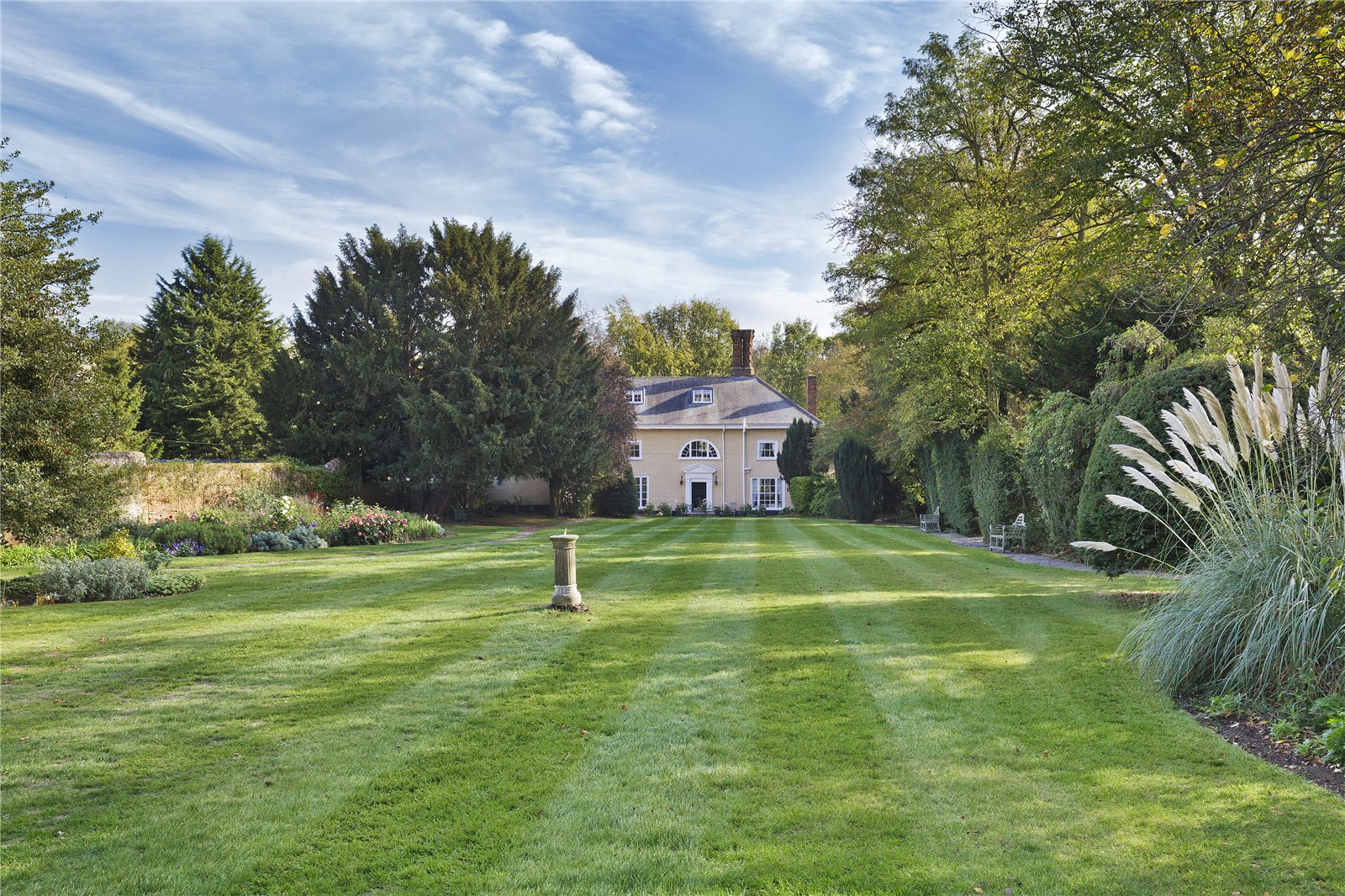 Cliftons in Nethergate Street, Clare, stands in just over an acre and is amongst the oldest and architecturally most import dwellings in this historic market town. Arguably Clare’s most famous resident was Lady Elizabeth de Clare, granddaughter of King Edward I. In 1336 she was granted a licence to establish a “collegium” to which she gave a most generous endowment. Three years later it became known as Clare Hall and is the second oldest Cambridge college, now known as Clare College.

In the Middle Ages Clare was a prosperous town with much of its wealth coming from the wool trade, particularly clothmaking. Local dyers, spinners and weavers produced fine broad woollen cloth that was sent down to the Port of London and exported to Europe, particularly Spain. With such prosperity came the building of fine dwellings and one of the earliest such buildings still standing is Cliftons. The house is believed to date from the early 16th century and having a timber frame construction with wattle and daub infilling and plastered elevations. The fine cut and moulded chimney stacks, which are still very evident today, are particularly decorative and ornate date from the early 16th century. Their height may well take account of a by-law of 1614 which demanded that chimneys had to be built in brick and be four and a half feet proud of the roof to reduce the risk of fire; failure to comply would have resulted in a fine of £5.

During the 17th century the house was owned by the important Ruggles-Brise family, but it is not known whether it was during their ownership that the house continued to grow with the addition of a wing at the rear of the house making it an “L” shaped building. This may well also coincide with the additional of some fine Jacobean panelling in the current dining room, an impressive overmantle and panelled doors.

The most significant alterations were made during the late 18th or early 19th centuries when the house was refronted. A technique often used to give a building a more “contemporary” Georgian appearance either by giving the front a new “skin” and altering the roof line or completely turning the building round so that the back became the front. In the case of Cliftons the former process was used, and a very elegant almost symmetrical appearance was given to the house. A side wing was added to provide more accommodation and the windows changed to double-hung sash windows with glazing bars; the roof line was altered and a front door with wood casement and Tuscan columns and a semi-circular fanlight added to complete the Georgian “look”.


First listed in 1961 today Cliftons is one of Clare’s most important architectural gems. The seven bedroom, house with over 7,000 sq.ft. of accommodation with a beautiful garden is now listed as being of particular historic or architectural importance Grade I. Guide price £1.5 million Jackson-Stops, Newmarket Office 01638 662231
Back to articles